The climate for SMEs: 4 steps to action toolkit helps SMEs to understand their carbon footprint and take action to reduce it with the goal of achieving net zero emissions. Our case studies highlight SMEs at different stages on their journey to net zero.

Global provider of digital operations platforms for enterprises, Sapphire Systems, is based in Southwark, London. The company joined Heart of the City as a member in 2010 and is now an ambassador, with CEO Ian Caswell on our council and Jan Phayre, Head of Responsible Business, on our board advisory panel.

Sappire has always recognised that its everyday actions consume energy and produce carbon emissions, and it’s a worry. For years, it’s had an environmental policy which consisted of smaller, achievable goals and offered environmental volunteering opportunities to employees. But in 2019 Sapphire’s CEO wanted to do more.

Ian decided to make the business carbon neutral after watching Quentin Wilson (an ex presenter of Top Gear) talking about why he drives an electric car. Ian promised himself his next car would be electric and became more interested in the area. He saw that Sapphire could make a difference by becoming greener, and that it would set an example to employees, customers and suppliers.

Ian asked his responsible business (RB) team to look into offsetting Sapphire’s carbon footprint. At first, the RB team found the task quite daunting as it was something they’d never done before, like many companies. If you’re in the same boat, here’s what the team did to get started.

Since becoming carbon neutral, Sapphire is getting more accurate in uploading its CO2 data. The company only uses renewable energy in all its offices, and this determines where they’ll rent office space in the future. The RB team is gaining more confidence in its sustainability journey through workshops from Team London Bridge and being part of Heart of the City’s climate action working group. It also has an Environmental, Social and Governance framework in place to help with sustainability benchmarking, targets and reporting. 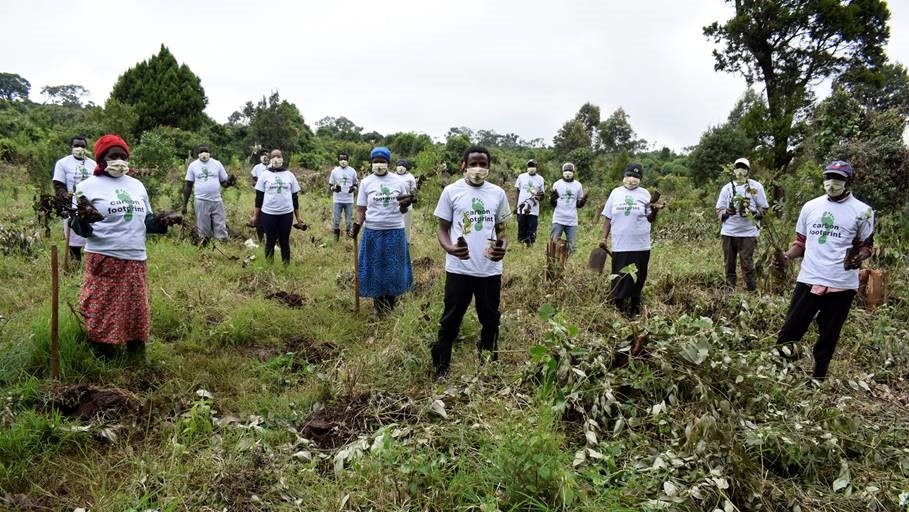 Sapphire is still very much learning as it goes along. That’s why the team is looking forward to learning more though the climate for SMEs: 4 steps to action programme. As the business has already started its carbon neutral journey, we asked for some top tips for organisations that are considering becoming carbon neutral.

True to his word, Ian now drives an electric car!

This was last updated in September 2021 by Heart of the City. We’ve created these resources for individual SMEs to use. None of our content is to be adapted, reused or repurposed for commercial use.

Climate for SMEs: 4 Steps to Action is funded by the City of London Corporation in support of its Climate Action Strategy targets for a net zero and resilient Square Mile.

Climate for SMEs: 4 steps to action

This toolkit is free to anyone to use, we just need to ask some information about you first. SMEs based in the City of London can also apply for our free course, Climate for SMEs: 4 Steps to Action.